Since 2007, games developer Zynga has connected over 1 billion people worldwide through the power of social gaming. Titles like FarmVille, Zynga Poker and Words With Friends have become global phenomena. But while they may be in the business of play, Zynga knows that successfully managing, connecting and supporting the business activities of almost 2,000 employees across seven countries is no game. In this Q&A, Chris Liu and Nathan Stearns, Zynga’s Level Designer and Director of HR Technology, tell us how bringing on Kainos Smart has helped Zynga level-up their Workday testing capability and is supporting their HR transformation plans.

Tell us a little about Zynga’s early experiences testing Workday.

Nathan: Our move to Workday has been a really positive one. We implemented it back in November 2014 after years on Oracle HRIS. We went live with Workday HCM globally; Core Compensation, Advanced Comp and Absence Management for most of international locations; and Benefits for our US populations. But Zynga struggled with testing.

Chris: That’s true. When I joined Zynga in April 2018, we weren’t doing very much testing. There were some test scripts for HCM, and a handful for security, but there wasn’t a lot. And the volume of tests completed over the prior years was extremely low for the usual reasons: resourcing and competing priorities. Staff were carrying out the tests themselves, researching the failures and putting the fixes in place in between other responsibilities. Now that we’ve introduced Smart, our tenants are regression tested every week, testing during the major Workday updates is extremely low effort, and we are carrying out extensive security testing for the first time. And we’re not just getting back those testing hours by using Smart’s test automation, we’re also no longer spending time updating test data and staging data. We’re taking full advantage of Smart’s synthetic worker functionality, which makes maintenance a lot less cumbersome than before.

“And that’s the beauty of Smart. We can continue moving as fast as we’re moving, and Smart runs right along side us carrying a giant safety net—making sure we’re doing things correctly.”

Speaking of maintenance, how would you describe your test maintenance effort with Smart?

Chris: There isn’t any. We don’t actually maintain our test scripts ourselves. Kainos does that for us. They keep their scripts in sync with Workday’s weekly software changes. And if we find a script issue on our side, for example we’ve added a step in a BP or an approval threshold has changed, our dedicated account handler Phillipa fixes the test script for us. Kainos also runs all our tests for us now. So our effort is really just a one-hour call each week to discuss the results and where the issues that we need to investigate are located in our configuration. That’s how we’ve been able to keep up with the weekly testing schedule.

Why did you decide to invest in Kainos Smart?

Nathan: We’re a small team, and Workday has enormous capabilities. We want to get everything we can from our Workday investment, but that means making sure key staff are available to develop and maximise its potential and roll out new functionality to more areas of the business. By using Kainos Smart, we’re able to push huge amounts of overhead on to the app—regression testing, security testing, system preparedness—as we expand our use of Workday. 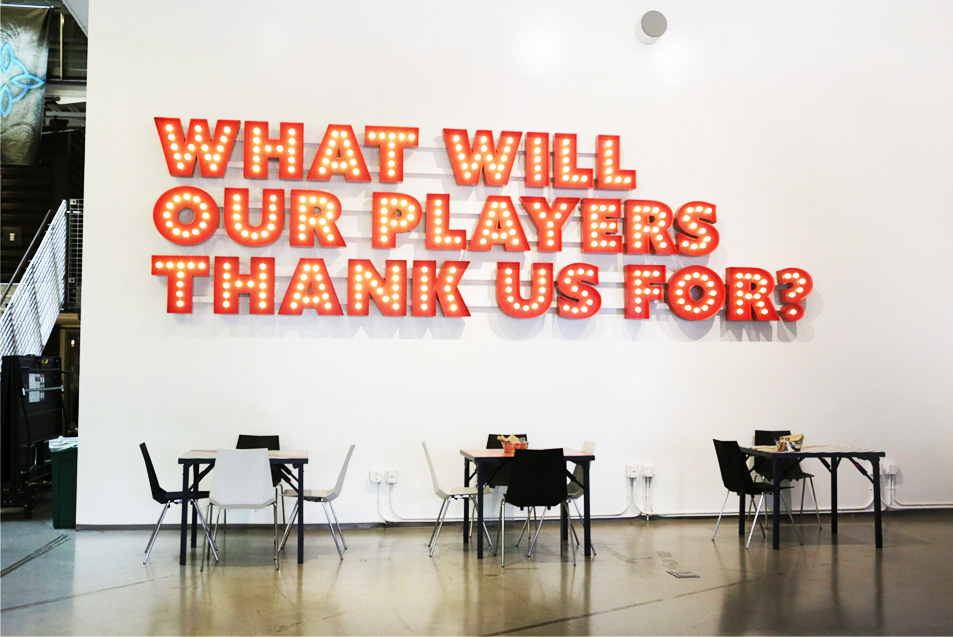 How would describe the benefits you’ve experienced so far?

Chris: Back when I was the only person making changes in Workday, it was easy to stay on top of exactly what was happening in the tenant. But as we’ve grown, it’s become harder to manually monitor that with true certainty. So I’ve noticed the biggest difference in our velocity, resourcing, and peace of mind. We’re now able to make, test and push changes in our tenants more quickly and more often with less risk and worry.

Nathan: I agree, particularly with Chris’ point about velocity and risk, because the two are inversely related. You can count on people making mistakes in the system, because we’re not machines. We’re not built to do things flawlessly over and over every time. And the faster we work, the more errors we make. So you have that reality on the one hand. On the other, everything at Zynga is about security right now. We are really honing in on a data privacy model—making sure we’re sharing the right data with the right teams, updating our controls on visibility, etc.

“It’s taken the work of a six-person team and is automating it in one solution. Without a doubt, it helps us stay secure and on track.”

Not long ago I was working too fast in Sandbox, made a security change, and unintentionally provided more access to a role than was needed. But it never became an issue because Smart flagged it in our weekly regression test. It also recently caught that a worker had a role assignment on a supervisory org that they shouldn’t have had access to. And that’s the beauty of Smart. We can continue moving as fast as we’re moving, and Smart runs right along side us carrying a giant safety net—making sure we’re doing things correctly and catching us if we trip.

Where do you foresee Kainos Smart delivering value in terms of your long-term vision?

Nathan: Our vision for HRIS between now and 2021 is to think differently about HR’s role and HR technology as a whole—How do we scale as a team? How do we scale our productivity? How do we deliver more value to Zynga?

Technology alone can’t transform operations. It’s just a tool. Roles, processes and culture also need to evolve in order to apply technology to best effect. Although Workday has allowed us to leap ahead and gain significant efficiencies by automating many of our BPs, some of our processes are still very manual. For example, we haven’t started taking advantage of Workday’s self-service functionality yet. We have a group of 10 people around the world who are dedicated full-time to manually putting transactions in to Workday. When we change those roles and enable them to do true HR support and capabilities, when we give more staff access to admin roles and security groups, we’ll also increase the risk of configuration mistakes and data exposure. So we’ll need confidence that our configuration is sound and ready to go. Kainos Smart IS that assurance. With every report it tells us, ‘Hey, we have your back!”, and either ‘Your tenant still looks good. Those changes you’re implementing haven’t broken anything or caused a data breach,’ or ‘Oops, looks like something has gone wrong in this area. Better have a look before you push to production.’ That’s true automation and true scale for Zynga as a whole, and it gives us the support we need to both broaden access to our existing Workday functionality and also expand Workday itself.

It’s taken the work of a six-person team and is automating it in one solution. Without a doubt, it helps us stay secure and on track.

Workday can be a big investment, so first impressions count. Having the right data for Go-Live is critical for user adoption. Learn about ‘data catch-up’ for deployment success, and best practice tips from our very own Workday HCM expert Jonny Williams.

Leading Finance Firm Invests in their Workday Future with Kainos

Improving your testing process can be hard when you don’t know what better looks like or how to get there. Here, we walk you through steps you can take to ‘Level Up’ your Workday testing to a more managed, organised and efficient approach.