This month, Kainos WorkSmart welcomes Sylvain Nguyen who joins us as the Global Head of our Workday Financials practice. With big plans for growth in this area, we caught up with Sylvain to discuss his new role and plans for the year ahead. 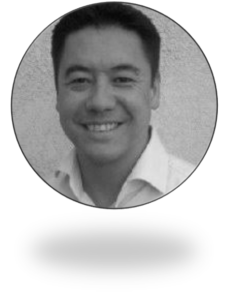 Tell us a bit about your background, Sylvain

I was born and raised in France and became a Certified Public Accountant in the early part of my career—so I’m a true finance guy, says Sylvain. Over the past 20 years I’ve specialised in implementing various ERP solutions within global companies. This began in 1998 at PeopleSoft, where I led a team in charge of designing global features for the Financial applications in their California headquarters.

Fast forward a few years to when I started my first global consulting firm, which had over 250 consultants across 11 countries. The company continued to grow, expanding its offering into a multitude of technology disciplines. I decided to move on after a few years because I wanted to focus only on what I enjoyed—implementing ERP at global organisations. That’s truly what gets me out of bed in the mornings and makes me happy to come to work!

What about your experience with Workday?

I’ve always been close to Workday, Sylvain remarks. When it established in 2006, I used to visit their Walnut Creek office to play pool, as a lot of my former PeopleSoft colleagues worked there. At that time only 20 people occupied their offices, and I did consider joining back then—but was focused on building my own consulting practice. In 2013 one of my clients decided to move to Workday, and that’s when I took the opportunity to build and grow my Workday practice.

Tell us about some of the Workday projects you’ve been involved with?

Over the last five years, I’ve been involved in close to 25 Workday Financials projects. One of those being the first implementation outside of the US—that project really helped to establish Workday’s footprint in Europe. Other noteworthy projects I was involved with include Airbnb, TripAdvisor and LinkedIn. I was also involved in Workdays two largest European implementations, Belmond Group (8,000 employees in over 25 countries) and Williams Lea Tag (14,000 employees and over a billion euros of revenue), both headquartered in the UK. Williams Lea Tag was a huge project, implementing Workday HCM, Payroll and Financials across 45 countries in nine months.

For those of you who don’t know, Belmond is a hotel group and also own the Orient Express trains. Here’s an interesting fact—if you use the passenger train to go to Machu Picchu, the paid public toilets at the top are a point of sale run on Workday Finance, because it’s a cost centre in the Belmond Peru company.

What are your main priorities in your new role?

Overall, I want to help Kainos WorkSmart strengthen and expand its reputation as the leading, global boutique Workday partner in the ecosystem, Sylvain remarks. The team here at Kainos WorkSmart have already done a great job in building a strong portfolio of Workday clients, and this year I hope to support many more.

I would also say that one of my main priorities is to build a very strong presence in France. We’ve just opened an office here, and I plan to build on that by adding both new staff and clients. Of course, this wouldn’t be possible without the relationships with our friends from Workday—I look forward to working closely with Workday leadership in my new role at Kainos WorkSmart.

Where do you see the future of financials?

There’s been a shift in how organisations view the role of finance teams—the hot topic right now is finance transformation, because companies no longer see finance teams focusing only on the accounting side of things. More CFOs are tasking their teams with concentrating on transactional information—accumulating data, analysing it and rendering it in a format that can be consumed by the relevant stakeholders in the company.

Integrated systems and business intelligence are pertinent to allowing businesses to make informed, data-driven decisions. That’s why moving to the cloud is more than just a consideration and is becoming a vital part of most CFO’s strategic roadmaps.

Workday Financials is ideally positioned to support this shift in thinking, and fuel company growth because it’s truly the only integrated, cloud-based solution on the market, and it’s killing the competition out there!

Get Ready For Workday Update 32 – The Payroll & Financial Overview

Our Workday experts have examined the key Payroll and Financials changes being delivered in Workday Update 32. Watch our recording to learn about the latest functionality and the areas of your configuration that are likely to be most affected.

From 5 Weeks to 5 Hours:
How to Complete Your Workday Update Testing in Under 1 Day

Find out how to test your Workday tenant during the Workday update by barely lifting a finger.

Our Head of Consulting Laura talks about the growth of our Workday Financials practice and our latest global deployments for ConsenSys and Spencer Stuart.

Leave us your details and we'll send you useful Workday-related content like this straight to your inbox.